“You can’t deny the songwriting talent of Barton Hartshorn… finesse, elegance and a bewitching voice.”

“Barton Hartshorn is, without a doubt, one of the most important singer-songwriters on the scene today.”

“A magnificent album… Barton Hartshorn is a master craftsman.” 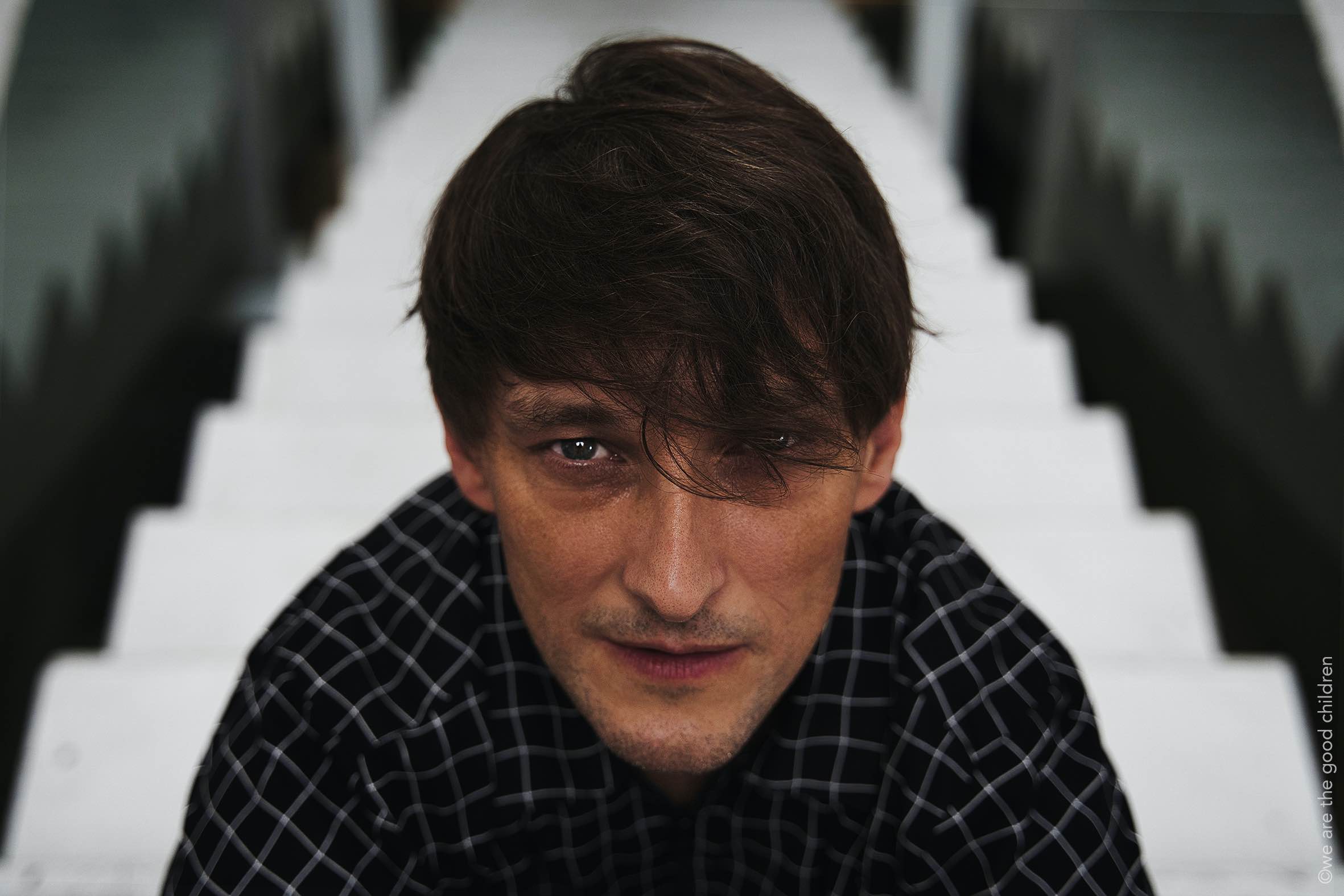 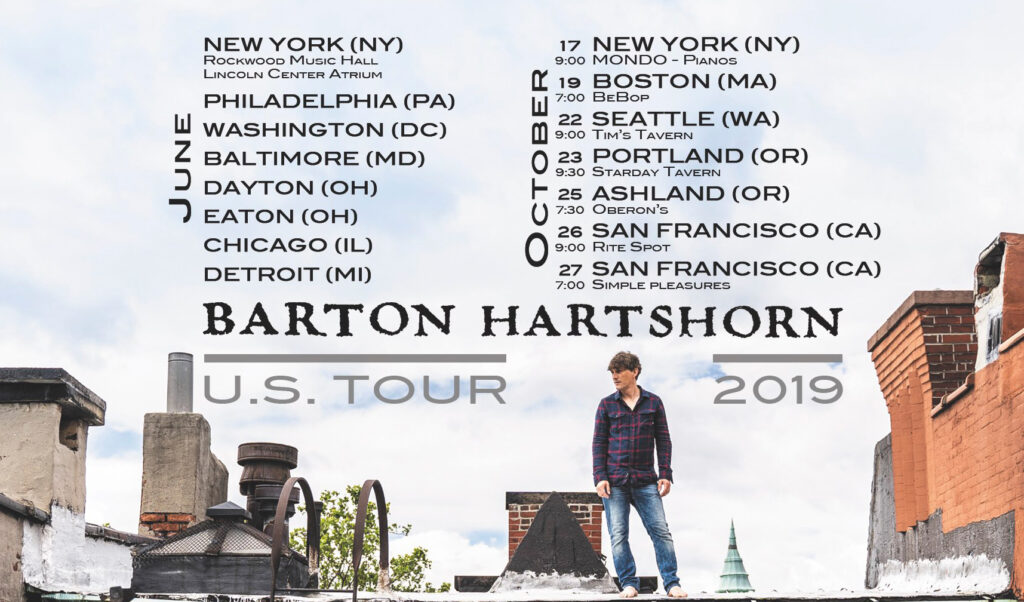 Armed with new songs written during his American tours, Barton went back into the studio with his band and recorded “Not what I was expected to hope for”, a return to his English pop roots but with his usual flair for storytelling. If this album were a film, the list of themes and characters that populate his songs would be long: forgetting what’s important when we grow up (Listen for a change), jealousy and regret in small town England (I got away but you’re here to stay), a boy receives a letter from his future self (Message back to you), a young man waits for his girlfriend on a New York street corner on a tragic day in 1904 (If you were coming you’d be here by now), a tale of teenage crime (Forbidden days)… Barton is now looking forward to playing these songs on stage with his musicians. 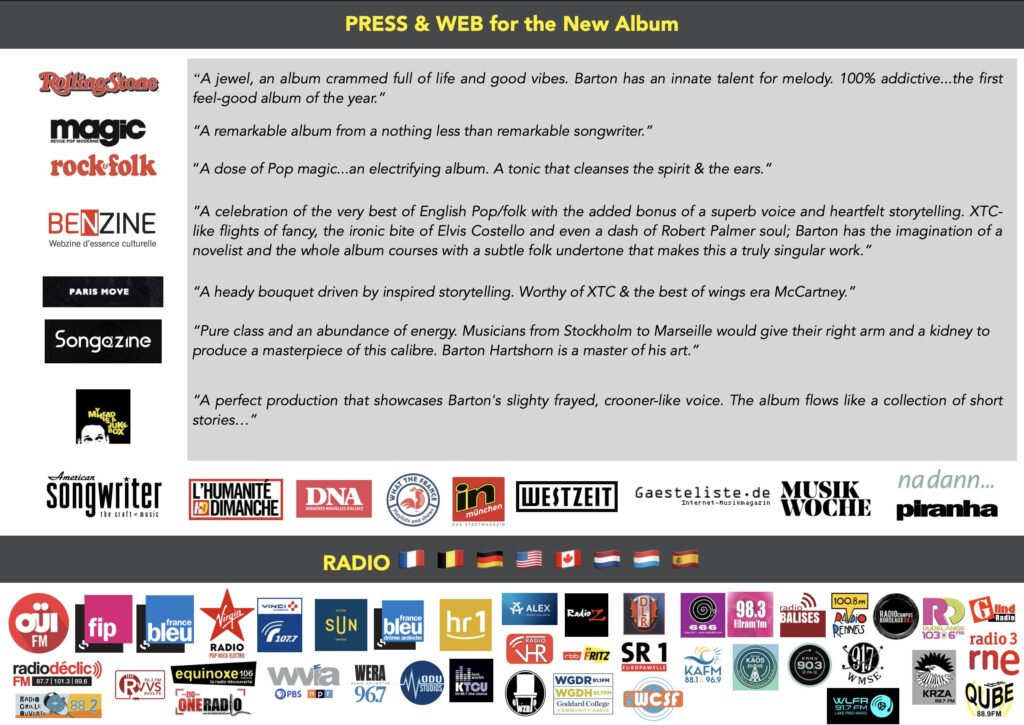 'LIVE from my kitchen' is back ☀️ In a House O